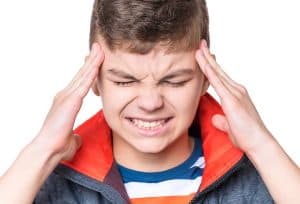 Very few people realize that children suffer from migraines as well as adults. Here are some enlightening facts:

Parents often agree that when it comes to caring for migraines, the medication used is not something they are thrilled about giving to their child. The side effects can be dangerous. The FDA actually has not approved the majority of migraine medication for children anyway. This causes parents and caregivers to wonder if there is a safe, more natural way to care for migraines. Thankfully, the answer is yes! However, before discussing that, let’s take a look at a few things you can do with your child to help them avoid migraines.

How Parents Can Help

There are some things parents can do to help their children avoid migraines. The following practices are recommended by migraine experts:

To learn more about the connection between head and neck injuries and migraines, download our complimentary e-book by clicking the image below. 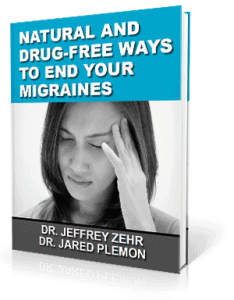 It is important to consult your primary care doctor if you notice your child’s migraines getting worse, changing from their normal routine, or you notice new and different symptoms.

Finding the Root Cause of Migraines

Medication for migraines usually address the symptoms but not the cause. However, for permanent relief the underlying cause has to be addressed. Medication falls into one of two categories:

As mentioned, neither of these address the root cause.

It has been seen repeatedly that migraines are often caused by a misalignment of the bones of the upper cervical spine in the neck. The C1 and C2 vertebrae often become misaligned due to a minor blow to the head or over extending the neck muscles. This leads to an obstruction of blood flow to and from the brain, along with the brainstem being put under stress or pressure. These bones lie at the very spot where the brainstem is located.

You may wonder how your child may have endured this type of injury, especially if they are very young. Because of the shape and mobility of these bones, they are more susceptible to misaligning than other bones of the spine. Repeated falls when your child is learning to walk, the birth process and the strain put on the neck as the baby exits the birth canal, sporting or playground injuries, being in a car that was rear-ended, or a number of other things can cause the bones of the neck to misalign. It only takes a quarter millimeter of a misalignment to cause problems throughout the entire body. By correcting this, many people have seen their migraines improve.

Finding Relief for Migraines in Children

Children, as well as adults, have been seen to benefit from having the bones of the upper neck properly aligned. Here at Louisville Spinal Care in Louisville, Kentucky, we use a method that is both gentle and effective. It does not involve popping or cracking the spine or neck. Therefore, no additional stress is put on your child’s body. The technique used encourages the bones of the neck to move back into place more naturally. This allows the body to begin healing from the damage done, and it restores the flow of proper fluids to and from the brain. This is often all that is needed to see an improvement in or an elimination of migraines. But is this proven to be effective?

A study was done observing 101 migraine patients. It was observed that each of these recalled some type of trauma to their head or neck before the onset of migraines. They were all examined, and it was discovered each one had a misalignment in their C1 or C2 vertebrae. Adjustments by an upper cervical chiropractor were given according to the individual’s needs. The outcome was amazing! As many as 85 reported that their migraines went away completely, some in only a few visits. All patients under the age of 18 had their headaches resolved within only two months of care. The remaining ones reported seeing a great reduction in the severity and frequency of their migraines.

To schedule a complimentary Atlas Orthogonal consultation, call 231-780-9900 or just click the button below.

If you are outside of the local area, you can find an Upper Cervical Doctor near you at www.uppercervicalawareness.com.

I know, I know.  Although it is now officially “spring,” it doesn’t feel like it in West Michigan.  But spring sports are getting ramped up, regardless.  Fields are literally being plowed for soccer tryouts.  I’ve seen kids out jogging in slushy streets to get ready for track season.  I have already seen some high school kids with injuries that were caused during their first few days of practice.  The risk of this happening increases if they didn't play a winter sport.  Here are some tips to help prevent some of these problems from showing up in the first place.

END_OF_DOCUMENT_TOKEN_TO_BE_REPLACED

Unless you are living under a rock, you know that the biggest sports event of the year is upon us.  It is no secret that the popularity (and profitability) of the National Football League has never been higher.  However, there is an issue that is getting talked about more and more in the media, the courtroom, and living rooms all over America: player safety.